It is a known fact- Padel is the fastest growing sport in Europe and has begun to spread like a wild fire to Asia, Americas and Australia. For those who have not yet heard of the sport- Padel aka Padel-tennis, is a mix of tennis and squash. For those who have heard of Padel (may be even seen it being played during one of your travels), we hope this first hand account of Indian players will inspire you to try it!! 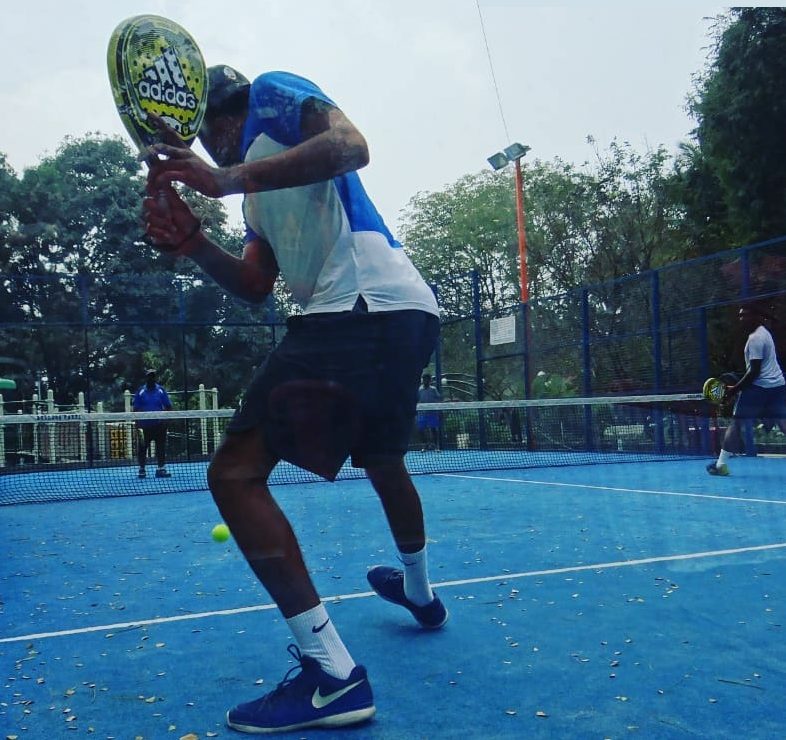 “Padel is more dynamic than tennis. Since four people on a smaller court play Padel, there are tactical and ball velocity changes that constantly happen during a game. What this means is that you need to be focused all the time because the ball keeps rolling from one player to the other constantly. And of course there are hardly any dull moments and pauses like in tennis, where time is spent fetching balls.” – (Rishi Dabrai, 26)

“I have been playing tennis since I was 6 years old and I love tennis! But I learnt to play Padel in just one class! I could also rally easily in Padel so I am excited to come back and play more regularly!” – (Rishon Sehgal, 11)

“I have been playing tennis for more than 3 decades, but Padel really blew my mind! There is a huge involvement of your mind in this game, much more than tennis because of the higher speed and I need to really use my brain to calculate my volley.”  – (Mike Shah, 75)

It is fun playing Padel as it serves well as a good sport and an effective work out. The most exciting part of playing Padel is to use the wall to play rebounds unlike in tennis. The game keeps me more alert as I get a second chance in returning the ball which bounces back from the wall. Playing padel has helped me in keeping myself active and more productive at work and cheerful in my personal life as well.” – (Shubha M. Gopal, 33)

I used to play racket sports like, table-tennis and badminton but after I started playing Padel, I fell in love with this sport! It is an addictive sport and once you start playing, you want to learn more and excel in it! This is what I am currently  focusing on right now. It is a very high energy sport which is mix of two popular racket sports, that is…Tennis and squash. According to me, the best part of this sport is that, the small space and four people playing together, gives rise to so many layers of emotions that makes us strong along with a very positive effect on the team. – (Pavithra M Manu, 40)

“Being from a squash background, I had to learn the hard lesson of regulating the ball because if you hit a padel ball very hard, it doesn’t get to the floor first. So we use a slicing motion that helps place the ball more accurately. You cannot be emotional and hit the ball all over the place. Padel definitely needs a lot of focus and practice!”  – (Hriday Desai, 32)

“Since there are less level differences in Padel compared to other racquet sports, I enjoy playing with my wife and two children. This is our quality family time where we bond with each other over a few laughs while being active.  These are moments we cherish..”  – (Bharat Bhandari, 40)

“Since I have played a lot of squash, I thought Padel is going to be easy. Boy was I wrong! Yes, Padel is easier to pick up than any of the other racket sport, but it requires as much physical strength and technical skills. But I think the distinguishing factor in this unique sport is that, there just enough technicalities and physical prowess that is required for a people to have a lot of fun together, while mastering a sport and getting fit. I cannot think of any other sport that can offer all three. And I believe this is the reason for the explosive growth of Padel in every country it has been introduced to. Padel is addictive!” – (Kashyap Shah, 35)

“I have played squash but Padel is more fun because you are playing it with 3 other people, while simultaneously getting an intensive cardio workout.” – (Krishna Shinde, 55)

“Padel is kinder on my body than any other racquet sport- especially knees, spine, shoulder, elbows and wrists. I encourage all elderly to try this sport at least once, trust me you will come back for more. Since the court is smaller and the racquet is lighter, Padel puts less strain on the knees, elbows and wrist. Despite the fact that it is less strenuous, we can still get a great cardio workout without any serious problems. This means I can continue to play Padel as long as I can move!”  – (Sudha Medappa, 63)

“I am very wary about playing too much racquet sport. I had an injury a few years ago while playing tennis and so I was very skeptical about playing any sport after that. A friend told me that Padel is much less prone to injuries and so I tried my hand at it. My shoulder injury is almost recovered and I can play Padel with pleasure because of the underhand service and slower turns puts less strain on the back and spine.”  – (Adinarayan Pathi, 33)

I have been a sports fanatic all my life, but playing Padel gives me different rush altogether! The nature of the sport is such that, after every session, you feel satisfied along with a sense of accomplishment. I feel that there is no other sport which balances entertainment and fitness as much as Padel! It is the perfect recreational sport and I can’t never get enough of it.  That is the reason I’m down to play Padel anytime! (Prashanth Sambargi, 45)

I have never played tennis but I was instantly hooked to Padel ever since I played it for the first time! The smaller court and rackets make it a very entertaining and rejuvenating experience when played with friends and family. I have been playing Padel regularly and I am addicted to it  for life! – (Ganesh Raj, 32)

No Replies to "Two years of Padel endorsed by Indian players!"